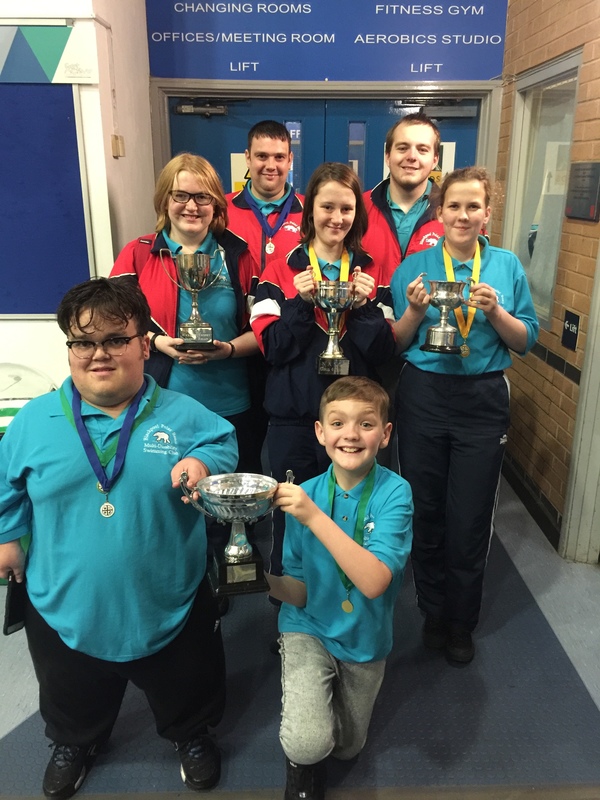 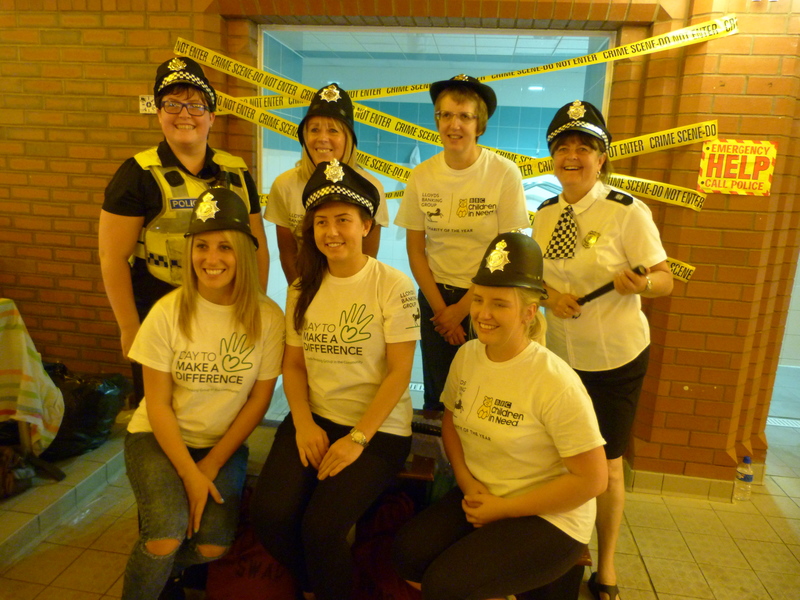 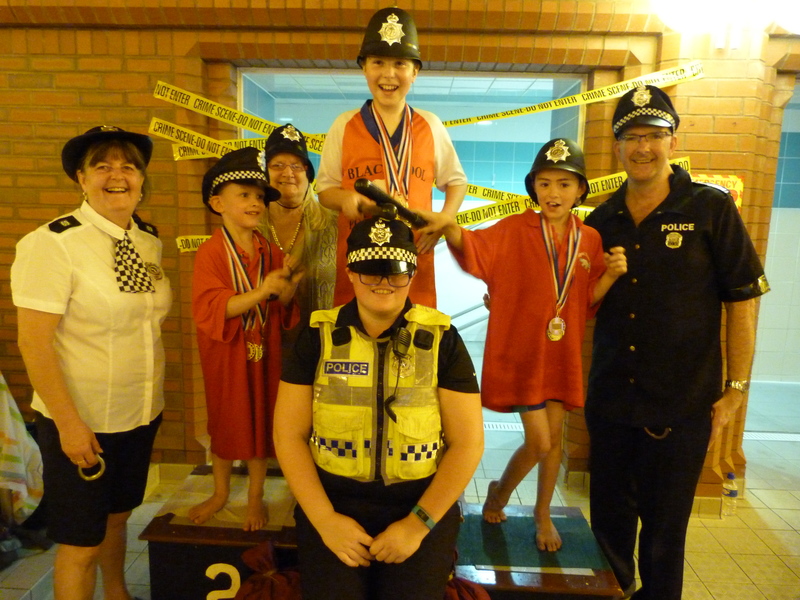 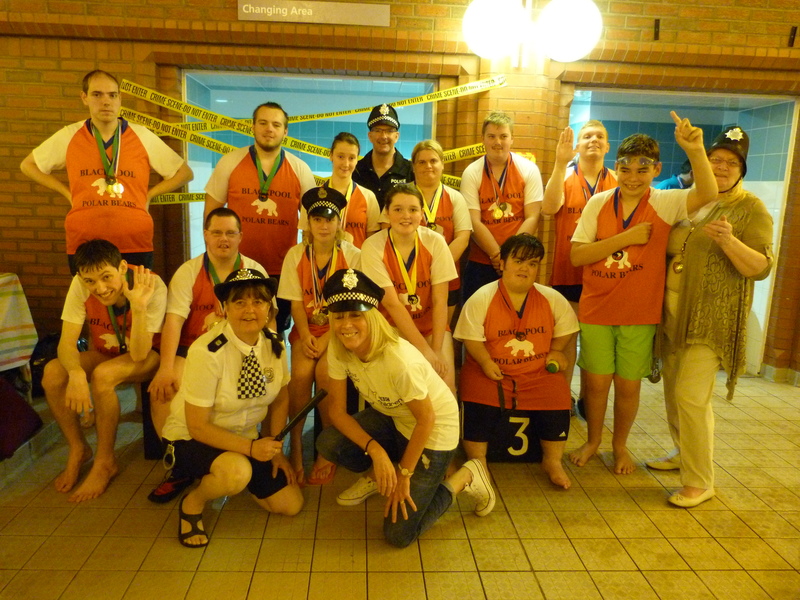 The theme of our second gala this year was "Cops and Robbers". In total, 75 members took part and a whopping 70 PBs (personal bests) were achieved.

We are very grateful to Lloyds Bank, who helped out on the day with time-keeping, record keeping and presenting medals to our members. Thanks also to Boots the Chemists for their donation of prizes for the tombola, which helped raise a total of £172 towards the running of the Club.

15 members with their carers were able to spend a weekend at the Calvert Trust in the lake district in Keswick. Members took part in various activities, such as canoeing, biking, swimming, outback cooking, table tennis etc etc etc... Needless to say, a fun weekend was had by all with good food, excellent accomodation and good company.

Many thanks to all those who took part in our sponsored swim on 18th October - raising a total of £1600 for the benefit of the Club. Many thanks also to Shelly Woods, the Paralympian medalist for showing her support and presenting certificates and trophies.

Our haloween party was held at Marton Institute and a really frightening experience. 120 members were able to put on their scariest faces and had plenty of fun with haloween games and trick or treats! 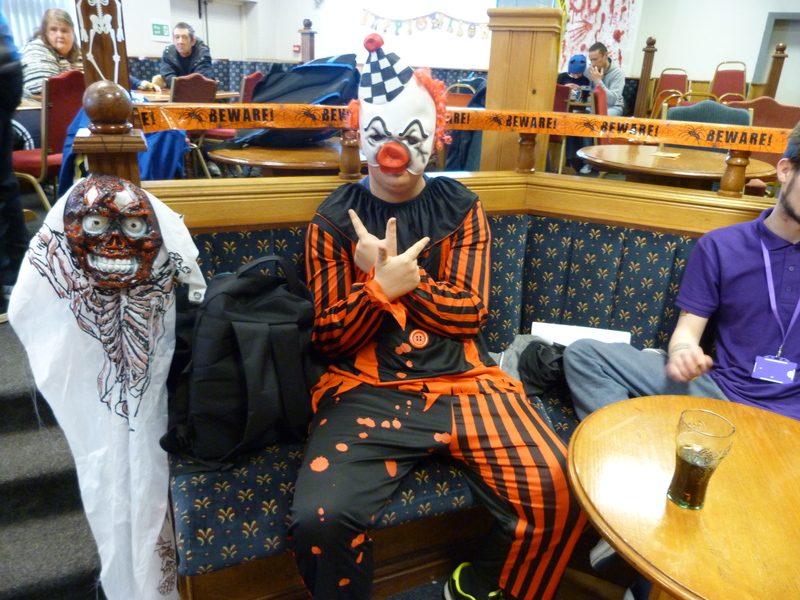 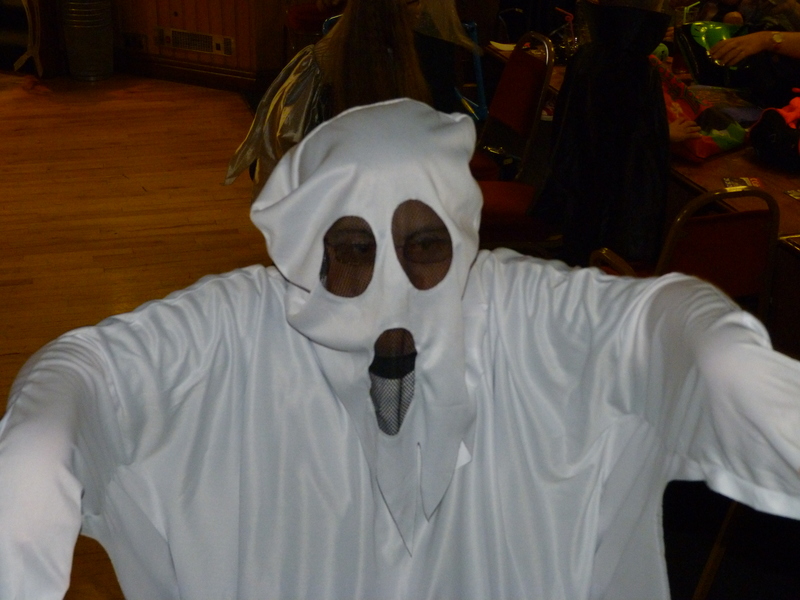 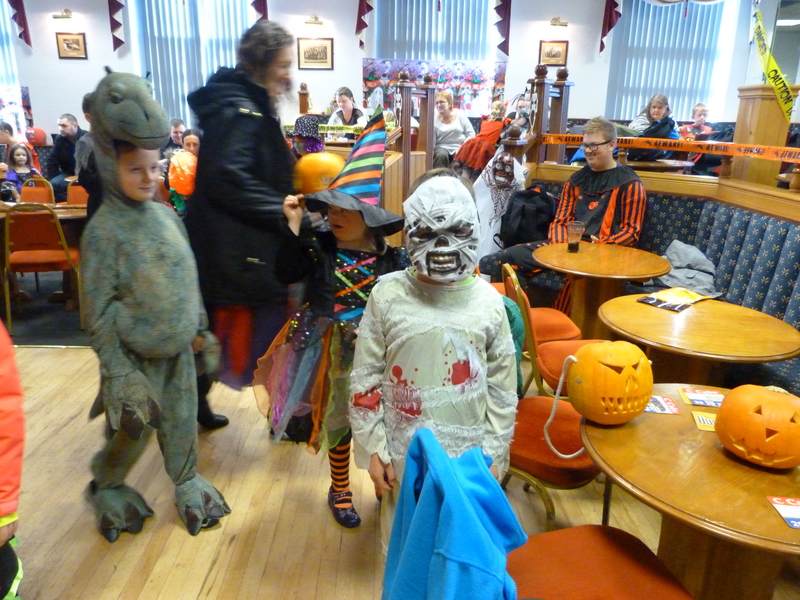 The Los Angeles Special Olympics World Games were opened by President Obama and involved over 6,500 athletes from 165 countries. Team GB won a total of 68 gold, 69 silver and 42 bronze medals across all sports. 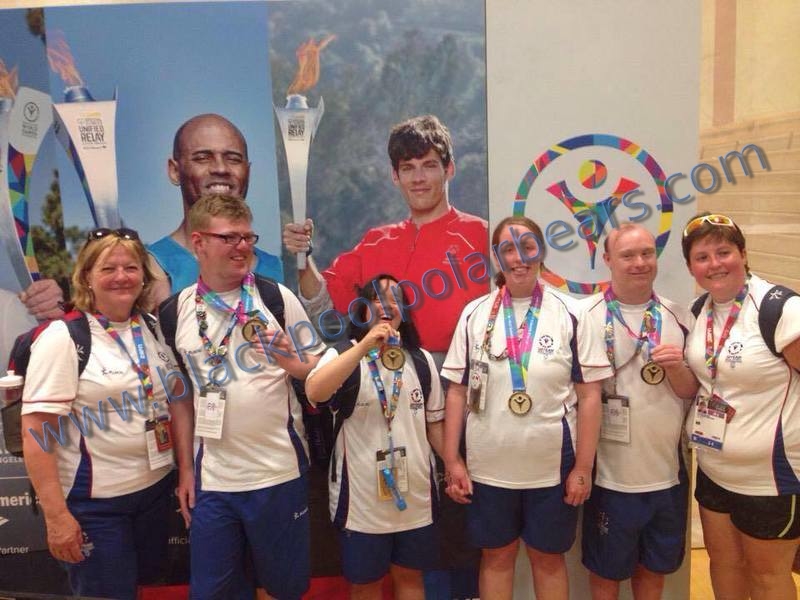 Our very own Emma Inglis was Assistant Coach for the aquatics team, and she was over the moon with the success of the team. Every swimmer who was supported achieved their personal best swim and won a medal. The competition was topped off with the team winning gold in the 4x25m freestyle relay - the GB swimming team returned with 4 gold, 3 silver and 3 bronze medals. Additionally, there was a 4th place and a 6th place ribbon too.

Could you help the club by volunteering to support our swimmers? The club will pay the training costs for you to become either a "Helper in the Water", or an ASA level 1 swimming teacher. If you're interested, please contact Lynda on 07948 208765 or Emma on 01253 751076

Dates for your Diary

For a full list of dates, have a look at the separate article with more details. Some imminent ones follow here: